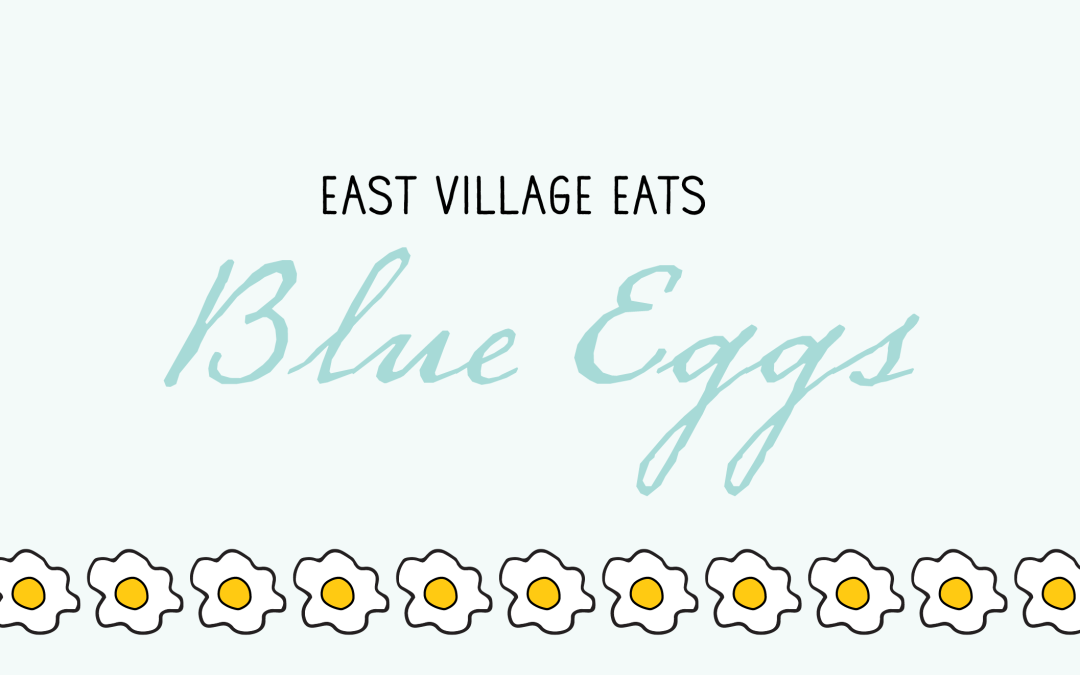 Labor Day has purged the humidity. September means relief, the slow ease back into routine with a less-sweaty commute. So commences one of the two times a year not plagued with discomfort.

The privilege of four full seasons conceals the truth that only about four weeks a year are truly lovely.

Urgency follows loveliness, and so I am here to implore you to spend the next few weeks cooking as much as you possibly can. The kitchen was unbearable just two weeks ago, and soon the dark and cold will crush any of your resolve to avoid Seamless.

Start with the simple indulgence of the blue eggs sold at the Milkport Farms stand, a near daily visitor to the Union Square Greenmarket thanks to the spirit of the Amish.

Make sure to ask for the blues, the browns are fine but this is as much about your skillet’s place in the multiverse as it is about which ones are better poached.

Sure they’re blue, but perhaps that’s just an opinion. I’ve heard at least one lady refer to them as “the green ones.” In the carton they’re monochrome, but up close they hardly match as well as you remember from last week. Kind of like sand under a microscope.

Stare long enough and those “cage free” brown ones at Fairway seem more like McNuggets than mother nature.

They won’t crack on your first attempt, the shell is stronger than your hubris and remind you what’s what. Of course they’re hard, the Good Lord didn’t’ have chicken coops in mind when he designed eggs. Who know’s where those babies will roll?

Only someone so nobly tied to the earth could know the mysteries of these eggs, and convince you that $8.00 for a dozen seems reasonable.

“We don’t have them all the time.”

“These are special chickens, eat twice as much, lay half as many eggs.”

“They can sit out for two weeks, probably longer but I’ve never tried.”

Twice as much as what? What do chickens eat? Why don’t we spray all food with blue-chicken ass-juice as a natural preservative?

Such are the seeds of ambiguity planted by the Amish shaman at the helm, who’s name is, of course, John Stolzfoos. The great Stolzoni.

In suspenders, full beard, and Carhartt hat during Winter he may as well print zines in Crown Heights. But try justifying that vision with the same fella in a straw hat, sucking down an enormous iced coffee from Dunkin Donuts in the heart of July.

He must loathe the traffic between here and Lancaster County, PA.

Perhaps, but considering that in his prime he milked 63 cows a day, mundanity seems an unlikely adversary.

Eggs so good could only come from someone so earnestly earnest. Not just good, the best.

The yolk burns bright orange. They taste so purely egg-like you’ll question, and then conclude, that you’ve never had an egg. In the dimension where these are the only eggs, bacon egg and cheese’s are considered insults.

And then, they’re gone.

It’s all about the show with the Amish, isn’t it? They craft, they farm, they live so practically as to throw it in your face.

It’s all a side show, the myth innate to their fun straw hats trickles down into the mystery and purity of a dozen expensive eggs produced by some golden, super efficient chicken.

It’s all a show, it’s all nonsense. The eggs are amazing, and I bought into all the fanfare so that you didn’t have to. Enjoy.