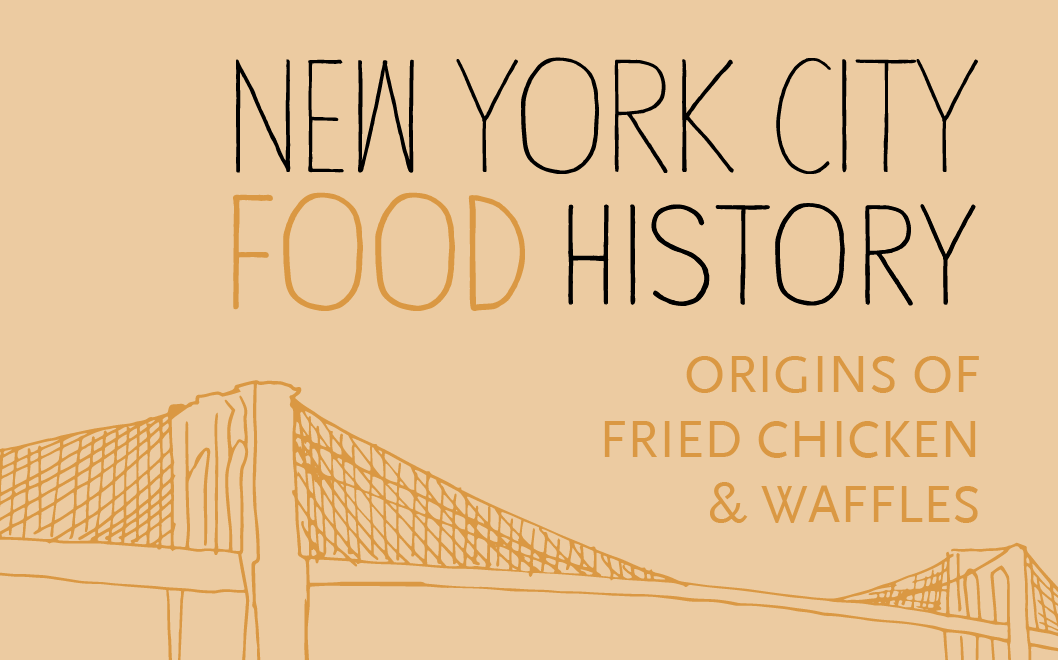 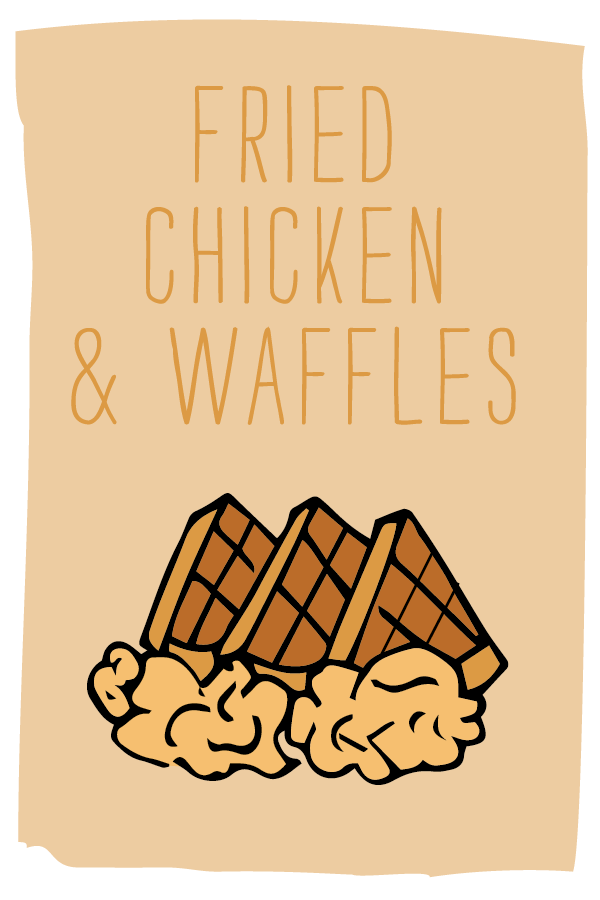 The origins of chicken and waffles is as mysterious as any piece of food history. The actual origins are unknown, but there are serval theories about where and when this heavenly combination began. Waffles came over with the colonists, and the dishes popularity increased with the the advent of the waffle iron in the late 1700s. From the early 1800s hotels outside of Philadelphia were serving fried cat fish with waffles. This soon converted over the fried chicken since catfish was only available seasonally. By the 1960s waffles served with fried chicken and gravy was a common Sunday meal for the Pennsylvania Dutch.